I visited a Target store today in a suburb of Rochester, NY (no, that’s not the end of the story…).

It was my day off, and I could not think of a single thing on earth I wanted to do, so my next idea was to do something totally normal and see if that gave any inspiration. I figured I’d walk around, look at about six-million things neither I nor anyone else needs, maybe buy a shirt and a few apples (they have groceries now, you know…), and definitely buy some expensive hand soap.

Shirts went better than I expected. I got a few OK tank tops, they were on sale (or at least that’s what the sign said) and one of them isn’t even black. After trying them on I went back to grab a second one, and came upon some boys.

They were lounging around living-room style in the men’s section drinking milkshakes from Starbucks (they have a Starbucks now, you know…), and talking as if they were outdoors trying to speak over a crowd. Most of it was nonsense. They were either going to a state park or Seabreeze later in the day (Seabreeze is an amusement park here in Rochester that could easily be the setting for the most amazing slasher film ever made), and my guess is that either their sisters or mothers were at the store procuring supplies. “So-and-so might be going, blah, blah, blah, but so-and-so are going to the outlet mall. Kelly is going, but she is SUCH a BITCH! What a total BITCH!” There was laughter between them, seemingly impressed with themselves for talking like what I expect are their TV heroes. “Yeah, I mean, she’s a total BITCH, and she’s not even that hot.” Giggles commenced in a manner that I, as someone that is not opposed to or emasculated by giggling, found to be creepy and very young-girlish. These were obviously two upper-middle class teenagers from the suburbs that had never “talked shit” to anyone but each other, probably hadn’t ever sworn in front of an adult (or a girl), and were pretty fucking proud of themselves for doing so.

The curse words were easily twice the volume of the others as if they were being shouted to prove a point.

I was within earshot, and as would be in any North American Target store on a Sunday afternoon, many others were as well. I couldn’t care less if those boys burst into flames, the soft stuff melted into a pile of goo, and their skeletons walked out the store holding hands, but there were kids around, and swearing (especially that kind) in an involuntary group setting is just trashy. I wasn’t in a particularly nurturing mood as I addressed them. “Why don’t you keep your voice down, homie? No one wants to hear you swearing about a girl that’s not even here to defend herself. Right?” I walked within probably six feet of them but had made no eye contact yet. The swearer squeaked a “Yes” and the giggler got up off the ground and they stood closely together.

I picked up the second tank top, finally looked right at them (for a few seconds longer than they were comfortable with, based on their body language) and then cordially began talking to them about how hard it is to find tank tops that are long enough. They didn’t get it at first- I think they were waiting for something worse to happen. I nodded at them, they kind of laughed, and the giggler commented that he knows what I mean because he has a really long torso. “Now, that’s better, isn’t it? No reason to carry on like you two were in public, right?” They nodded, if only in the interest of self-preservation. I was smiling now, so they attempted to do the same, and I walked away.

I’m sure it became a joke not long after leaving the store. The tiny footprint my overbearing, annoying scolding left was no match for the empowerment I saw on their faces as they brazenly posed their manhood by using profanity at an elevated volume in a docile, suburban one-stop junk shop.
.
Another sorry sign, of our sour times. 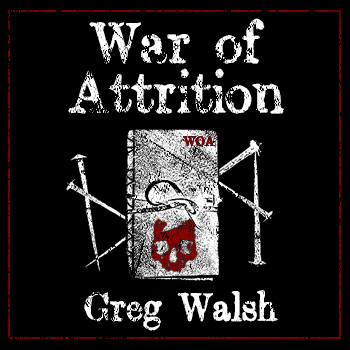 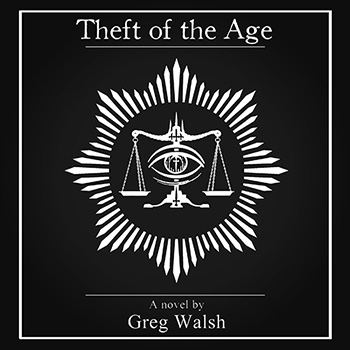